Be Aware Of MERS Symptoms Before Its Too Late

Be Aware Of MERS Symptoms Before Its Too Late

MERS first appeared in the Middle East in 2012 and the expert still clueless with the virus originated. It might be the from a new mutation of an existing virus or it was circulating in animals before affecting humans.

It becomes a serious problem in the Middle East and cases worldwide started to spike up since last year and recently, China, South Korea and Thailand were with confirmed cases of infection.

South Korea has the largest outbreak with confirmed of 24 deaths  and 166 infected and thousands have been under quarantine and observation.

Malaysia has put up health screenings on body temperature at all entry points into the country after the first case of MERS reported in Thailand last week to prevent it from spreading.

What does MERS do?

Mers is caused by a new type of Coronavirus which is the common cause for cold and SARS (severe acute respiratory syndrome).

MERS refers to Middle East Respiratory Syndrome, a new virus with symptoms include fever, cough and breathing difficulties.  It causes pneumonia and sometimes, kidney failure.  Gastrointestinal symptoms, including diarrhea, have also been reported and other symptoms include respiratory and organ failure.

Pattern has been identify that older people with medical conditions are high risk to be infected.

According to Vincent Munster, the chief of the Virus Ecology Unit at the National Institute of Allergy and Infectious Disease, “For dromedary camels, MERS is very much like what we get in a common cold. But if it comes into humans, it moves into the lower respiratory tract where it can cause some harm. If you are relatively healthy, you probably don’t get too sick from this virus. But if you have co-morbidities—let’s say a heart condition, diabetes, or obesity, maybe all three—the outcome for you if you get this virus is increasingly worse.”

How it becoming so Contagious?

MERS is highly contagious as it spread through droplets.  As when an infected person cough or sneezes, those closer contact appear to have infected

According to the World Health Organization (WHO), at least 449 people have died from the virus since June 2012 as there is no vaccine or specific treatment.  That is about 36% of reported patients with Mers have died as of June 2015.

Those with severe symptoms will be on intensive medical care to help them breath.

How dangerous is it?

Coronaviruses could survive for a day when its outside of the body and tend to be easily destroyed by common detergent and cleaning agents.

What can be done to protect ourselves?

General measures that help prevent it from spreading and help safeguard against this potential fatal virus:

For cases like MERS there were no cure or vaccine for it and in this situation, we only have our immune system to protect us before they cause more damage to the body.  As we age, our immune system tend to weakens and its under attack from pollution, food we eat and our lifestyle unless action taken to slow down this process and that is why we need to strengthen or fortify our immune so that our body could deal with the virus.

Immune system are made up of different cells, tissues and organ that work together as a guardian and defense the body against bacteria, microbes, viruses, toxins and parasites.

The task of the immune system :
– Neutralizing and remove viruses, bacteria, parasites or fungi that have entered the body
– Recognizing and neutralizing harmful substances from the environment
– Fighting against body own cells that have changed due to illness.

A part of protection in the immune system includes the production of interferon, a protein that plays role in triggering body’s immune response.

Interferon are proteins made and produce by cells of the immune system.  It is essential to the immune system and help protect us from the daily exposure to millions of germ that could lead to serious infection.

Because of Interferon special task, its being used in drug as an anti-viral agent to treat diseases but it cause side effect such as nosebleeds, fatigue, headache and aches.

Shaklee NutriFeron is a breakthrough in immune system science.  It is a patented, clinical proven blend of immune-strengthening plant extracts formulated by the discoverer of natural interferon. Adding to that, its provide immune support at the cellular level and work at a natural way to keep your immune system ready and alert.

NutriFeron helps stimulate the body to produce its own natural interferon with now side effects.  It works in 2 ways:

Who can benefit from NutriFeron

– Elderly whom are vulnerable to decrease of immunity
– Anyone over 12 years old who are busy, stressful lifestyle leading to immune system under constant attack
– Anyone who are interested in ensuring immune system is at peak performance against environmental irritants and airborne pollutants
– Anyone who feel their diet does not provide optimal nutrient needed by the body

Vitamin C is important for healthy immune system as it promotes the production and stimulate cells that attack and destroy invading bacteria.  Adding to that, Vitamin C also helps protect immune cells from being destroyed during the bacteria fighting process.

Bioflavenoids in Vitamin C aids the immune system by protecting the cells membranes against environment pollution that trying to attach to them.  It fill up the empty space or parking spots on the membrane of the cell to avoid pollutants, toxin or germs  from parking or getting into the membrane.

Zinc is a mineral that’s important to the body to keep the immune system strong by increasing the production of other infection fighting cells and help them fight more aggressively.

For AMAZING SAVINGS, do contact me, Jane by clicking Whatsapp Simply Remedies. I can share with you how you can be a consumer and uses the product as well as save money off each order. Imagine you can save up to 10-20% off Suggested Retail Price

You can proceed to make the purchase of Shaklee Immune Booster Set using the E-Sell, the Shaklee tools that can facilitate your transaction. Payment method available includes Credit Card or Debit Card and once transaction completed, the items will be send by courier service to your doorstep.

Every purchase of Shaklee product made through Simply Remedies, you will be provided with the supplement schedule and FREE consultation for an effective effect just for our customer.

** These statements have not been evaluated by the Food and Drug Administration. These products are not intended to diagnose, treat, cure, or prevent any disease 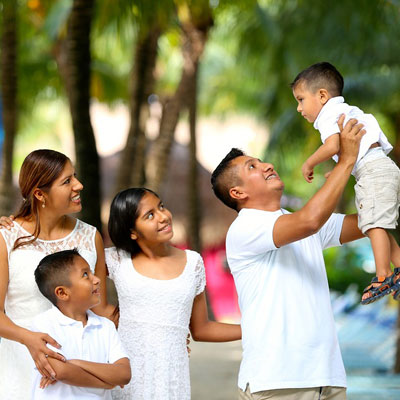 Searching for some info?

Looking For Some Info?